It’s almost June and we’ve only had a few hot days this spring. It’s true that in the East Bay, especially our area (situated as we are directly across from the Golden Gate), that we rarely get too hot. But it does happen, and hot days demand one thing: cold beer!

Earlier this year we (the Wine & Beer department) made a lot of people happy when we took over a cooler across the aisle to expand our 6-pack selection. We effectively tripled our offerings, as well as increasing our selection of ciders and gluten-reduced and gluten–free beverages. Here, we aim to have something for everyone!

There is a style of beer we are seeing more of these days that is a perfect summer refresher, and this is gose (goes-uh), a style that originated in northwestern Germany. Like a Berliner Weisse, gose has wheat in addition to barley, as well as a tart acidity from Lactobacillus; like a Witbier, it has coriander spice; but unlike either, it is brewed with a pinch of salt that delivers a lip-smacking freshness.

Now, I do call this a “buyer beware” beer. It’s not your typical, hoppy brew. It’s tart, so if Kombucha and other sour beverages are not your thing, probably gose won’t be, either. Personally, if I’m looking for that traditional beer flavor satisfaction, I’ll head to the hops. But if the party’s on and I’m sweating over a fiery grill, I’m gonna grab me a gose!

Sierra Nevada added Otra Vez Gose to their core line-up, knowing they had a hit on their hands.  Otra Vez also has prickly pear fruit and grapefruit added as well. A bit of a bold move, since a traditional hoppy beer this is not. But it’s beer nonetheless, a revival of a traditional style and a great product of the brewing renaissance we are living in right now. Thank you, I’ll have another!  $9.99/6-pack

Sudwerk in Davis, CA, has also jumped on the gose bandwagon, with a couple of twists.  Long-known as one of the West Coast’s best lager breweries, Sudwerk made their gose with lager yeast and fresh navel oranges from nearby Winters.  With an orange, citrusy profile, their Farmers’ Market Citrus Gose Lager goes down (gose down?) easily… perhaps too  easily!  $11.99/6-pack

I’m looking forward to a few hot days ahead!  Cheers! 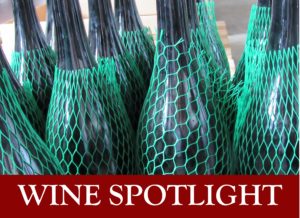