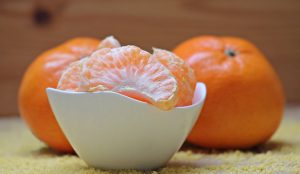 One of the most bountiful crops in California is citrus. From the Navel oranges to Satsuma mandarins, there’s a citrus variety for everyone. California citrus begins with the oh-so-loved, satsuma (typically available through the second week of January). Throughout the winter months, we will have many varieties of citrus on the shelves of our produce departments in Berkeley and El Cerrito. 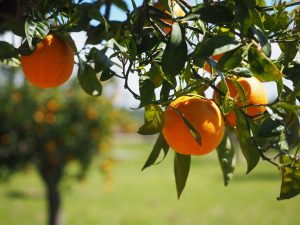 Satsumas have a sweet/tart flavor and suprememely refreshing juice. With its smooth, thin, lightly attached skin, satsumas are wildly popular at this time of year.

History: Satsumas may have originated in China but they were first reported in Japan more than 700 years ago.

The ‘Owari’ Satsuma arrived to the United States from Japan, first in 1876 and next in 1878. During the period 1908-1911, nearly a million budded trees from 1908 to 1911 for planting in the Gulf States. The first recorded introduction into the United States was in Florida by George R. Hall in 1876. The name “satsuma” is credited to the wife of a United States minister to Japan, who sent trees home in 1878 from a place that was then called, Satsuma, on the southern tip of Kyushu Island, where it is believed to have originated. 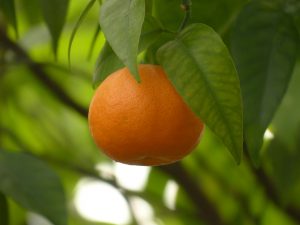 For the next couple months we will be introducing seasonal citrus varieties to our stores on a regular basis. Please swing by our Produce Department, enjoy a tasty sample and experience how amazing California citrus can be when grown organically and harvested at perfect ripeness!